Zionsville resident Gretchen Clore discovered her passion for yoga early in life in a book by Beverly and Vidal Sassoon. 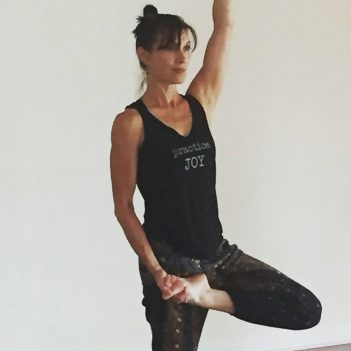 Zionsville resident Gretchen Clore has reached the semi-finals of the annual “I Am Yoga Warrior” competition. (Photo courtesy of Gretchen Clore)

As a child, she said she practiced yoga at home to help her cope with the difficulties of growing up in poverty and to cope with her father’s bipolar disorder. Years later, she worked with the OPTIONS program at Noblesville Juvenile Detention Center to help juvenile detainees defuse and find ways to find peace in their surroundings.

In 2014, Clore completed her 200 and 500 hour yoga teacher training through YogaWorks in Los Angeles. She then moved back to Indiana in 2018 after her mother suffered two strokes. His work as a yoga teacher allows him to transmit the same strengths that yoga gives him to others who seek to calm their brain, focus on their body and find inner harmony.

“I stopped fundraising and started teaching yoga wherever and wherever I could,” Clore said. “It was so good, so perfect for me and so, so happy.”

Clore is a yoga instructor for Carmel Clay Parks and Recreation and LA Fitness in Zionsville and Westfield. She participated in the annual I Am Yoga Warrior competition, raising funds for the Veterans Yoga Project. She reached the semi-finals before being eliminated. His cause has supported the recovery and resilience of veterans, military families and communities. The winner will be featured in “Yoga Journal” and win $10,000 cash.

Clore said she was definitely planning to come in again

Clore, a Crawfordsville native, said it was important to return to his family in Indiana.

“My father was already in a retirement home in Lebanon, and I didn’t want to miss any more time with my parents,” she said.

Clore is a parishioner at Traders Point Christian Church.

To learn more about the contest, visit iamyogaarrior.com.