The actress accepts her role in “Antigone” • Current editions

Florence M. Sorensen May 1, 2022 News publishing Comments Off on The actress accepts her role in “Antigone” • Current editions 23 Views 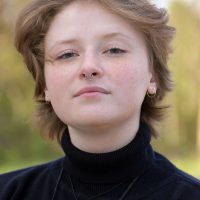 It was easy for Ciara Huckeby to embrace the title role in “Antigone.”

“I really, really love how complex she is,” Huckeby said. “There’s so much fire in her, so much willpower to do what she thinks is right. She’s such a smart young woman, but you can tell she lets her heart guide her. She loves shamelessly and with such intensity, it’s overwhelming. I’ve never really had the opportunity to get into a character like this, having mostly done musicals, but I think I accidentally got hooked.

“Antigone” is an ancient Greek tragedy, the third chapter of the famous “Odeipus” trilogy. It focuses on Odeipus’ daughter, Antigone, in the aftermath of the battle for the throne, which leaves her two brothers dead and her uncle made king. Mud Creek Players presents “Antigone” at 6:30 p.m. May 5-8 in free outdoor performances at the Mud Creek Theater, 9740 E. 86th St., Indianapolis. In addition, an art fair will be presented on May 7 and 8 from 2 p.m. to 6 p.m.

Huckeby said it’s easy to forget that Antigone is so young.

“Having to step back and remember this is a teenager who lost her parents, her brothers and standing alone in this fight is tough,” Huckeby said. “You immediately want to take on this beacon of hope and honor the role she was meant to be, but you know this girl must be terrified.” 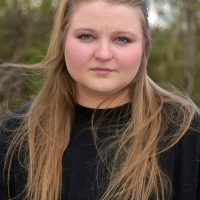 Director Nicole Crabtree, a Fishers resident, said she loved that Antigone was one of the first, not to mention one of the few, feminist portrayals in ancient literature and drama.

“I also love that the piece holds a very interesting and relevant conversation about the place of morality in politics and vice versa, and constantly reminds you that there are things bigger than you,” said she declared.

“We see other characters wavering and shaking at different points in the play, but no matter what she’s going through, she maintains her love for Polynice,” Terhune said.