Return of unusual rains from today

Prepare for another cold and wet week in California

After a brief hiatus, unusual rains in Mumbai are expected to return today.

The city will experience light to moderate rains from November 30 to Thursday December 2.

According to reports, rainfall intensity in Mumbai will increase tomorrow. Coastal areas like southern Mumbai, western suburbs will receive more rain than the interior like Thane, Kalyan, tomorrow.

Outside of Mumbai, Thane, Pune, Raigad, Nashik will also experience rainfall over the next few days.

According to the IMD bulletin, a pressure zone is expected to form over the central-eastern Arabian Sea off Maharashtra around December 1.

“Another area of ​​low pressure is likely to form over the east-central Arabian Sea off the coast of Maharashtra around December 1, 2021,” the bulletin said. 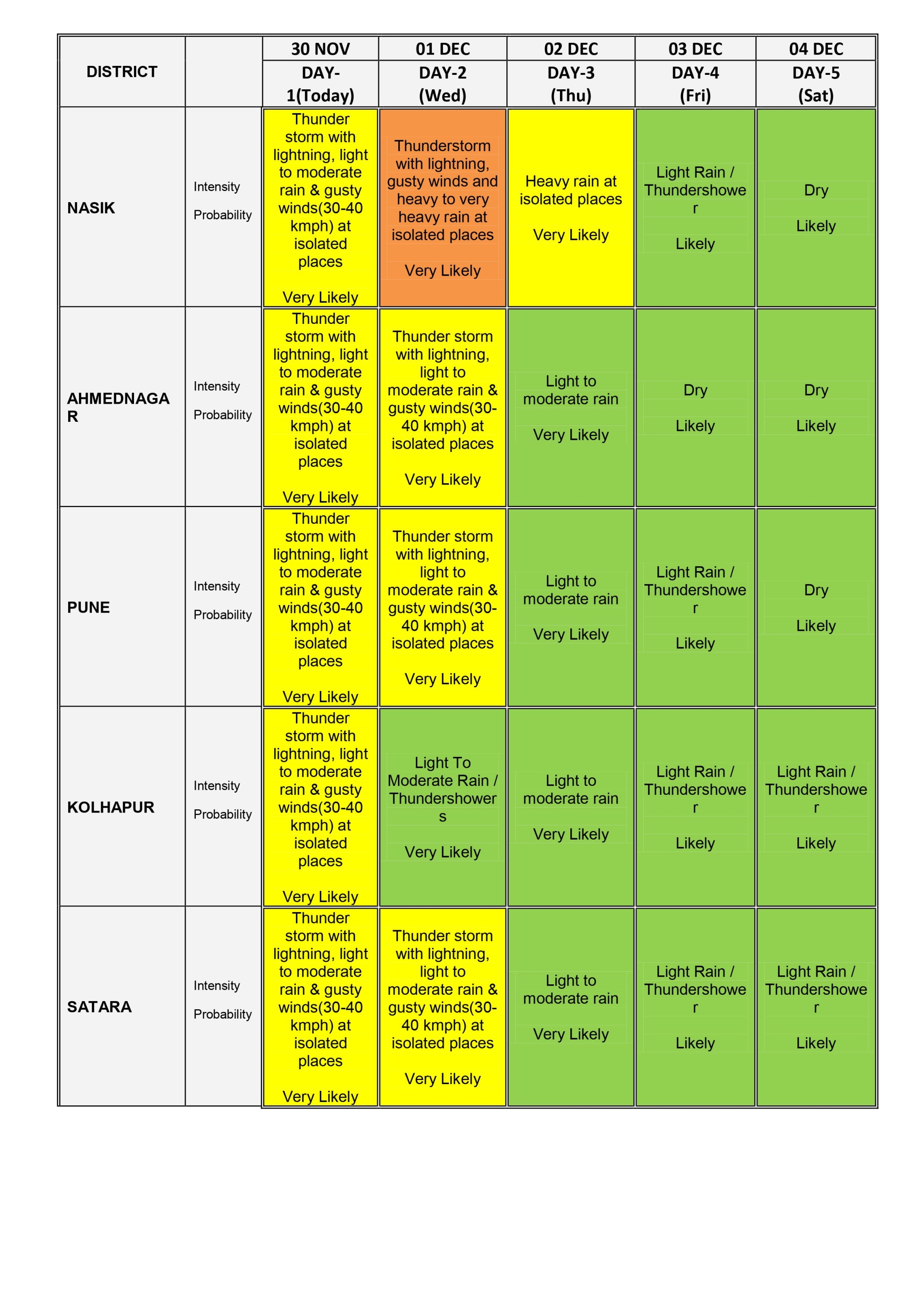 On Sunday, November 28, IMD, along with six states in central and northern India, warned of heavy rains over southern Gujarat and neighboring areas of northern Maharashtra from Tuesday to December 2.

Temperatures are expected to drop slightly lower this evening than previously reported, according to an …