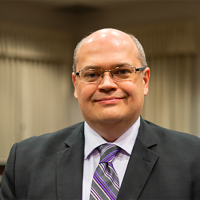 What happened: The board held a public hearing and unanimously approved a local fiscal stimulus fund appropriation from the U.S. bailout.

What this means: Shawn Denney, Board Member and Chair of the Finance Committee, made a presentation on the agenda item.

“ARPA encourages the use of funds for infrastructure projects, including sewer, road and stormwater improvements,” Denney said. “This is use-it-or-lose-it funding. We have to spend it, or we have to give it back.

What happened: The board held a public hearing and unanimously approved an allocation from the general fund.

What this means: The credit request came from the Lawrence Fire Department, which requested approximately $196,000 for exterior improvements to Station 37, such as painting and paving, and for Drug Enforcement Administration-mandated storage lockers for the drugs in EMS ambulances.

What happened: The council held a public hearing and transferred money to the rainy day fund.

What this means: The amendment transferred $1.5 million to the rainy day fund, which has a zero balance. Denney said the goal was to “consolidate pension benefits for all City of Lawrence firefighters, police officers and civilian employees.”

What happened: Council has allocated additional funds and amended the 2022 budget with respect to the stormwater fund.

What this means: $7.8 million will be used in year 1 1/2 to improve stormwater infrastructure at Rainbow Lane, Pine Hill Drive and Lawrence Terrace. Funding comes from the ARPA fund and stormwater user fees. No funds will be drawn from the general fund.

What happened: Council read a resolution honoring Linda Kay (Wells) Treat for her service to the Town of Lawrence.

What this means: Treat died on February 27. She served on city council from 2003 to 2015 and was a former mayoral candidate. She graduated from Lawrence Central High School in 1966. She has participated in many charity and fundraising events, such as Shop with a Cop.

Previous Severe Weather Update | WOODTV.com
Next Par 3 competition in progress after a delay